Integrating Culture in land governance: Lessons from a GLFY fellow

Approximately 100 young people from across the world have been enrolled in the International Land Coalition’s (ILC) youth leadership programme, a one-year programme for young activists and change makers who are making a difference within peoples’ organizations in the ILC network and the land rights space.

These youth will gather together in Jordan from 21-26 May 2022 to share their vision of the future to GLF delegates and the global land community.

Among the 100 youth is Sophie Elizabeth Adhiambo. A Kenyan lawyer who works with Namati Kenya to help communities mitigate the barriers of culture in implementation of land laws. 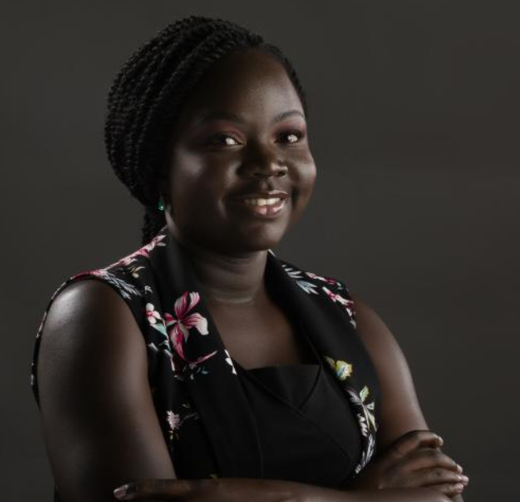 Sophie says she noticed that a gulf exists between land laws and cultures of land governance, and the mass of communities struggling with basic issues of inclusion.

“How are women and youth in communities involved in the drafting of by laws?” She says.

This gulf may be addressed by her recent approach to initiate programs that encourage community public participation and inclusion in drafting land laws. For example, she has successfully tried out this initiative with the Lenguruma Community in Isiolo, Kenya.

Previously, in Lenguruma community’s culture, women would not raise their hand in the presence of men to express their views or contribute to a conversation about land issues.

"We're doing a good job pushing for women and youth access to land, ownership, and decision-making, but where does culture fit into the execution of the Community Land Act?"

She blends culture and land laws through her initiative by separating men and women, allowing these women to express themselves freely, then bringing their ideas and opinions to the greater public and ensuring they are used to impact policies and practices in land governance.

Although Sophie knows that her vision might not unfold in a day, her pursuit remains to use such innovative ways as a scorecard for reducing cultural impediments to land law implementation.

Furthermore, the 28-year-old hopes to interact and learn from communities present at the GLFY on more innovative ways of integrating culture in the drafting and implemention of community land laws.

“My hope is that more young women would express their opinions and concerns about their land rights from an informed and cultural standpoint.”