Last week, four Maasai villages’ effort to seek redress from the Tanzanian Government for the 2017 violent evictions and destroyed homes in Loliondo, has been dismissed by a controversial ruling by the East African Court of Justice (EACJ).

The situation, which continues to make headlines, is just one of several cases brought forward to the Court after a string of government-led evictions of Maasai communities in the name of “conservation”.

The EACJ ruled that testimonies relied on “hearsay” and that there was insufficient proof from the applicants to demonstrate that they were evicted from their ancestral land and not from the Serengeti National Park.

The decision is a significant blow for indigenous land and territorial rights, especially after the African Court of Human and Peoples Rights twice delivered a judgement in favour of the Ogiek Peoples of Kenya.

The decision is a significant blow for indigenous land and territorial rights, especially after the African Court of Human and Peoples Rights twice delivered a judgement in favour of the Ogiek Peoples of Kenya.

The EACJ judgement comes days after the second hearing for 24 Maasai leaders who were detained and more than 30 people wounded during violent clashes with police in northern Tanzania in June 2022. The villagers protested against eviction from their land to make way for a luxury game reserve.

Responding to the decision, a consortium of land activists, including ILC members in Kenya stated that they are “concerned” by the decision, criticizing the EACJ ruling and confirming that support for the Maasai community would continue.

“This decision by the EACJ sets a dangerous precedent by sanitizing state impunity and sends a message that governments can trample on human rights without being held accountable,” they said. “The Court’s failure to hold the Tanzania government accountable for gross violations not only throws its integrity into question; but is also a travesty for all indigenous communities.”

When national mechanisms fail to unite parties, independent regional and international instruments guarantee accountability and justice for all. Tanzania’s withdrawal from the African Court on Human and People’s Rights in 2019 has created a human rights crisis, threatening the country’s stability and democracy.

When national mechanisms fail to unite parties, independent regional and international instruments guarantee accountability and justice for all

An ILC member who was expelled from Tanzania in the wake of the June 2022 arrests = and who has asked to remain anonymous - accused the government of caring little about violence against local communities, children, and the elderly. “The Court’s judgement demonstrates the unfair treatment of Tanzania’s Maasai. How can a Court see all that happened and say that the community failed to provide enough proof? It is not serious; it is laughable.”

“The Court knows everything is obvious,” he added. “Their argument that the surveyor hired by the villages was a Kenyan national who did not seek the relevant work permits to undertake surveys in Tanzania is not the role of a Court. Evidence is the role of the Court. For us, the Court was not neutral. We will appeal the decision in other East African courts and we also count on the positive outcome of other cases filed because of the June 2022 evictions.”

The crisis has created fear and mistrust among Tanzanians and their government. During a visit to a Maasai community by ILC members this September, community members refused to speak about the ruling for fear of government reprisal. Nevertheless, Maasai leaders are looking for ways of speaking with their government to protect their lives and livelihoods.

As a coalition that defends the rights of those who live on and off the land, ILC reiterates its demands to the Government of Tanzania to: (1) release of 24 detained Maasai leaders, (2) respect and protection of indigenous land rights; (3) cessation of abuse and reparations for evicted communities; and (4) an end to forcible conservation.

Maasai being forcefully evicted from their lands 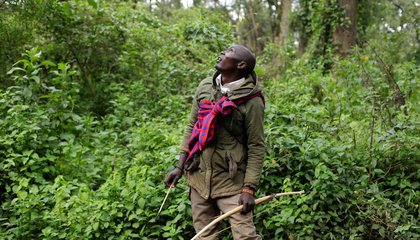 Madagascar: 80% of Malagasy at risk of eviction from their land