To mark the International Day of Democracy 2022, ILC Africa interviewed Eric Hermann Raparison, the facilitator of the National Land Coalition in Madagascar, on how people-centred land governance advances democratic processes

Editor's note: In April 2022, the ILC published a petition letter to the President of Madagascar on a controversial land bill and authorized the NLC in Madagascar to provide hard copies, on its behalf, to the presidential office, as well as to all offices listed in the letter. A campaign was launched to raise awareness among the ILC network and partners around the world. Within days, the President stopped the bill in Parliament and ordered a dialogue with civil society organizations. We applaud this advocacy victory, for which ILC was a strong voice.

ER: The initiative and implementation process must be split into two:

Civil society organisations have asked state authorities to carry out the land reform. But this is not done until the administration's representatives are proactive, reactive and cooperative. In the case of Madagascar, the democratic principle is respected in the land reform initiative.

It is not only in our election process that is the means for expressing democratic practice, but also in the elaboration and implementation of sectoral policies, such as land tenure.

About implementation, time is too short to put forward well thought-out and objective ideas. However, in practice, democracy is being violated in a number of direct and hidden ways, especially if the country is strongly marked by widespread corruption. Last year, the land and property administration was marked first in corruption according to Transparency International's corruption perception index.

It is true that the population, vis-à-vis civil society, is involved in various workshops for the launch of the implementation of such a law or project, but this is insufficient.

In my opinion, the establishment of an evaluation mechanism for public policies is the best way to express democracy in implementation.

Currently, Madagascar does not have a public policy evaluation mechanism, and evaluation is carried out on an ad-hoc basis to the detriment of the existence of funds from foreign donors. The democratic processes of land reform initiatives in Madagascar are respected

Q: WHAT ARE THE INTERACTIONS BETWEEN THE NLC AND OTHER PARTNERS IN MADAGASCAR THAT SUPPORT CONSTRUCTIVE POLITICAL DIALOGUE?

ER: The Minister in charge of Land recently expressed the need to unite the State and civil society organisations for proper implementation of our country's land policy.

Since April 2022, the NLC - through the SIF platform - has been involved in all land-related dialogue. This indicates that there is intense interaction between NLC and other partners, not only the government but also the PTFs.

Q: WHAT ARE THE DEMOCRATIC MECHANISMS IN MADAGASCAR ON LAND GOVERNANCE THAT ENSURE THAT LAND BENEFITS PEOPLE AND COMMUNITIES?

ER: Local land recognition through the issuance of land certificates is the best way to express the democratic mechanism in Madagascar on land governance, ensuring that land benefits people and communities. With this procedure, as provided for by Law 2006-03 initially, and eventually modified by Law 2022-013, the acquisition of proof of ownership is not possible without the consultation of members of the local population who actually know the land tenure situations in the village or Fokontany. 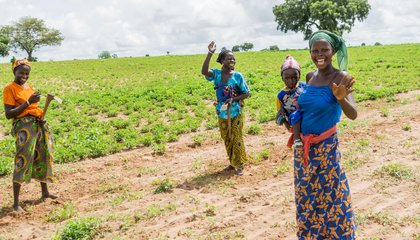 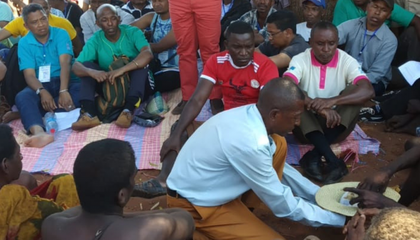