Members of the International Land Coalition in Liberia have launched their first-ever Country Assessment carried out using LANDex. The report was praised by Liberia Land Authority officials as “a national guiding force.”

On Tuesday, March 22, a roundtable of government officials, researchers and other members of the land community gathered in Monrovia for the launch of a comprehensive report assessing Liberia’s progress towards people-centered land governance.

The Country Assessment evaluated Liberia according to its progress on ten thematic areas of land governance – known to ILC as the 10 Commitments – using the LANDex tool to generate indicator, commitment and a country-level index score that can be used as a benchmark for years to come.

Following a presentation of the report, J. Adams Manobah, Chairman of the Liberia Land Authoria (LLA), said such an evaluation was “essential to the economic development of Liberia driven by equitable use of land, especially one using land data.” Having reviewed the document, he reaffirmed it as “not just a working tool but a national guiding force.”

Such an evaluation was “essential to the economic development of Libeira driven by equitable use of land, especially one using land data.” - J. Adams Manobah, Chairman of the Liberia Land Authoria (LLA)

Liberia earned an overall score of 56.7 out of a possible score of 100. Its highest scoring area was on Locally Managed Ecosystems – ILC’s Commitment 6, with a score of 82.9 – largely reflecting government commitments to land degradation neutrality and the large portion of the national area that is designated for or owned by local communities.

In the area of Equal Land Rights – ILC’s Commitment 4– researchers carrying out the assessment highlighted progress in questions of spousal consent being required for land transactions, that equal inheritance protections existed and that quotas for women’s participation in land administration had been put in place. While 54% of women in rural Liberia report feeling secure in their tenure, there is no data available on how much land is held or controlled by women.

“These scores provide us with a point of entry and a way to measure our progress towards people-centered land governance,” said Eva Hershaw, Data and Land Monitoring Lead at ILC. “Around these scores, we build in a focus on the national context that gives more life to the results.”

“These scores provide us with a point of entry and a way to measure our progress towards people-centered land governance.” - Eva Hershaw, Data and Land Monitoring Lead at ILC

According to the evaluation, the lowest performing area was in Supports to Strong-Scale Farming – ILC’s Commitment 2, with a score of 34.8. The assessment found that little agricultural budget, an estimated 17%, had been dedicated to support family farming and that financial support and technical assistance was not effectively reaching these farmers. No national platform is dedicated to decision-making around family farming.

The LANDex tool is built according to 33 common indicators organized around the 10 ILC Commitments. The indicators measure progress towards these commitments at three levels: the legal framework, levels of implementation and then outcome, results or perceptions. The tool employs methodologies that standardize data from diverse sources; LANDex uses official data, third-party monitoring initiatives and also generates unique, people-centred data by way of guided assessments that aim to capture the experiences and perceptions of those often absent in government numbers.

All indicators are set on a scale of 0-100, where 100 represents the highest score and most desired outcome for any indicator.

“Through LANDex, we became familiar with data coming from Prindex, Transparency International’s Afrobarometer, as well as our own government data,” said researcher Windor Tarplah, a co-author of the assessment.

Gerald Yeakula, lawyer and also a co-author of the assessment, noted that “the methodology required us to identify where data existed and to package it into standard formats by way of LANDex.”

For the country’s Multi-Actor Platform for Land Governance, known as the MAP Liberia Platform, the tool will act as a guide as it develops its new strategy with the support of the International Land Coalition.

“Members are comfortable with the data, especially the evidence that has influenced policy decisions,” commented James Yarsiah, facilitator of the MAP Liberia Platform. “And now we’re clear on what data needs to be generated in the future.”

“Members are comfortable with the data, especially the evidence that has influenced policy decisions.” - James Yarsiah, facilitator of the MAP Liberia Platform

It was a sentiment embraced and echoed by government officials.

“We accept the information we receive as a government,” said Manobah, with the LLA. “We don’t have to agree with everything, but it helps us improve our performance and we are open to collaboration.” 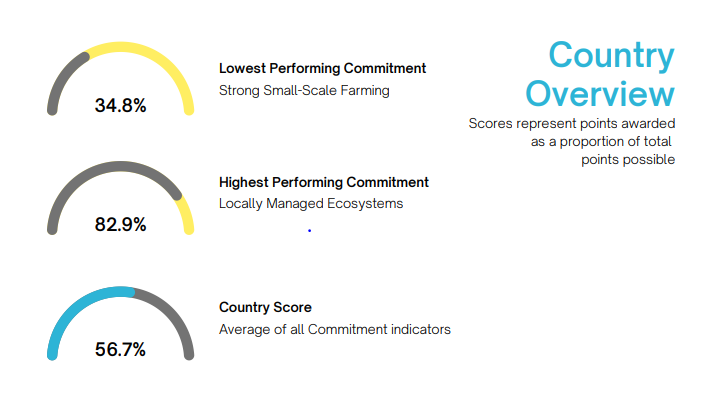 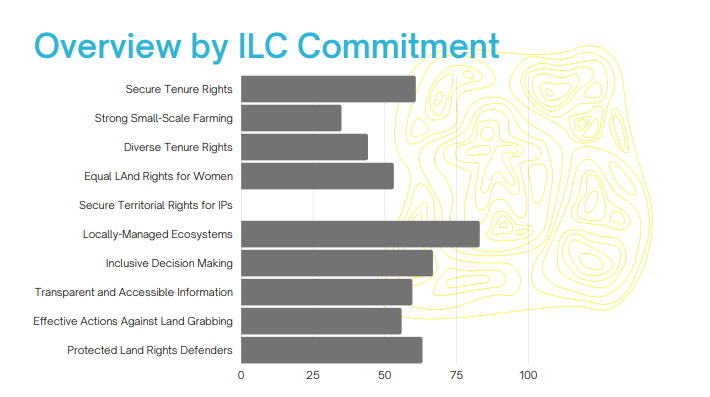